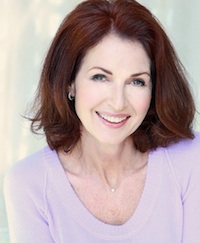 Lorelei Shellist has traveled the world as an international runway model, muse, author, songwriter and spokeswoman. Shellist brings new meaning to the definition of "super model." Drawing from her own experiences as a runaway teen who followed her dream to travel the world and become an international couture model. Lorelei's delightful wit and sense of humor, as well as her "perfect fit" measurements, enabled her to serve as a graceful and spirited muse for top designers such as Karl Lagerfeld, Yves St. Laurent, Christian LaCroix, Bob Mackie, Geoffrey Beene, Giorgio Armani and more.

As a Creator, Producer & Director: Lorelei's current project Skin on Skin A Fashion Film - was created to inspire people to follow their dreams. Skin on Skin - set to World Premiere this summer at the La Jolla Fashion Film Festival has just received four nominations. Best Documentary- Best Editor- Best Music - Best Narration. Lorelei's Global Reality TV show entitled: Runway RunAway Undressed™ Travel, Fashion & Culture, features adventures of history of fashion from countries all over the world. The emphasis being on the world's obsession with fashion and “why we wear what we wear, and who we are wearing it for.”

As an Author, Lorelei's self penned memoire, "Runway RunAway A Backstage Pass to Fashion, Romance and Rock 'n Roll" has strategically positioned Lorelei to share her life experience and skills as a "Fashion Icon & Beauty Expert ™"  As a HOST, Lorelei Shellist is mercurial as she brings more to the occasion than you can imagine…from the fashionable runways of the world to the rock ’n roll halls of fame, to holding a double Master’s in Spiritual Psychology and Consciousness, Health & Healing, at the University of Santa Monica.  Lorelei's mission is to encourage women to have their own voice in they way they present themselves to the world- in service to their own self-image, to help them to become their OWN fashion Icons, and to dress to impress themselves in service to their own success - inside and out.”  Experience Old World glamour with a role model and muse as she ignites and unites your audience, bringing an ambience of laughter, language, life and community to help you celebrate your special event! Her intrinsic connection with others has led Lorelei towards counseling Women in Prison and At-Risk Teens, teaching critical “Life Skills.” As a Fashion Icon & Beauty Expert ™ , Lorelei encourages women to attract appropriate attention though Conscious Dressing while having fun expressing themselves with what they wear.  As a Designer Lorelei's fashion line, the RUNWAY RUNAWAY COLLECTiON™ features fashions and travel accessories for entrepreneurs, business executives and women on the go.

Christopher May Producer, Currently, Christopher is out with four dramas to broadcast, cable and digital networks and is developing for the upcoming television season. Recently he produced three digital series; CRESCENT HEIGHTS for Tide, MUST HAVE for Beinggirl.com, and BEING BAILEY, for Covergirl, Tampax and Always. All three series were under the auspices of GoTV and Procter & Gamble. MUST HAVE won a Cine Golden Eagle Award. Christopher held the position of Vice-President of Television for Jason Alexander’s AngelArk Productions. Prior to that, he was Director of Development at PAX-TV. Before coming to PAX, he spent six years at CBS and CBS Productions respectively in development and current programming. Before CBS, he spent a year at Tri-Star Television and began his career at Don Mischer Productions. He is a graduate of Boston College with a B.A. in English and a member of the Producers Guild of America.

Jennifer Birchfield-Eick JBE Productions A seasoned entertainment executive with expertise in developing and producing content across multiple platforms including television, feature films and new media. Proven ability to spot talent, nurture and maintain strong relationships with writers, directors and actors, as well as agents and network executives. Jennifer develops drama,comedy series, and long form programs. She has sold one-hour and half-hour projects to ABC, CBS, FBC, CW, MTV, Showtime, Nick at Nite and eOne. She co-produced the ABC series “Bob Patterson,” and the pilots “The Whitey Show” for MTV and “Let Bob Do It” for Nick at Nite. In motion pictures, Jennifer developed and sold feature films to major studios, including, MGM, Walt Disney, Sony and Mandalay. She developed and executive produced the MGM action comedy franchise “Agent Cody Banks” starring Frankie Muniz, and raised financing for the independent feature “On Edge,” released by MGM Home Entertainment. Jennifer also worked at the William Morris Agency, and enjoyed a unique exposure to physical production working with visionary talents John Woo and Sam Raimi. Before embarking on her Hollywood career, Jennifer was a speech-writer for Mayor of New Orleans Sidney Barthelemy and produced documentary films. Jennifer graduated from the University of Texas at Austin with a Bachelor of Science degree in Radio, Television & Film as well as studied Spanish abroad with Duke University.

Ron Franklin: Producer, Engineer from Soapbox Multimedia Inc. delivers state-of-the-art Multimedia services in a relaxed retreat-like setting. Our production studios provide a unique creative ambience for audio and video production.  Our goal is to assist creative individuals and companies to craft and deliver their message - whether it's a CD of original songs, a music video, marketing brochure or a company showcase video.

Chris Tittle: Director/Cinematographer. An Emmy Award winning producer, a gifted artist, an internationally published author and filmmaker. Known for a strong visual style and attention to detail, Chris moved seamlessly from painter to graphic designer to multimedia artist, before transitioning into writing and directing films. Chris is the co-creator, director, editor, cameraman and graphic artist for the half-hour web-based series Connective Alchemy, a show that bridges the gaps between ancient esoteric knowledge and modern science. He has spent over thirty years pursuing answers to life's deepest mysteries, and has a passion for finding the common essence of the many systems and traditions available today. This is evident in the first of Chris’ two short films: Spiral, about an artist who experiences a profound, spontaneous spiritual awakening that brings him to his own enlightenment. And in STRAWMAN, where a blow to a man’s head sends him into a state of inner reflection, and ultimately on a journey that liberates him from his previous identity. In 2012, Chris wrapped shooting Season One of The Good Food Factory, a kids healthy cooking show which he produces and directs, and for which he also earned his Emmy Award. He is from Texas.

Cindy G.: COO of Siren Star Enterprises: Cindy holds Degree's in Medical Technology from Ursuline College, International Business from Cleveland State University and International Business and Global Marketing in the fashion & textiles markets. As COO of Siren Star Enterprises, and a certified professional in all areas of Social Media Marketing, Cindy handles all National Press for Lorelei Shellist, and Siren